Version 3 end of life
This version of Silverstripe CMS will not recieve any additional bug fixes or documentation updates. Go to documentation for the most recent stable version.

The directory-structure in SilverStripe it built on "convention over configuration", so the placement of some files and directories is meaningful to its logic.

We're using <mysite> as an example - arbitrary directory-names are allowed, as long as they don't collide with existing modules or the directories lists in "Core Structure".

Modules are currently top-level folders that have a _config.php file or a _config/ directory present. They should follow the same conventions as posed in "Custom Site Structure" 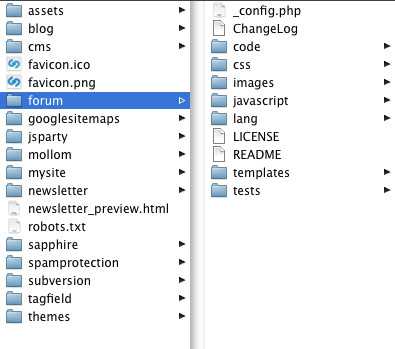 Module developers can bundle developer documentation with their code by producing plain text files inside a 'docs' folder located in the module folder. These files can be written with the Markdown syntax (See Contributing Documentation) and include media such as images or videos.

SilverStripe recursively detects classes in PHP files by building up a manifest used for autoloading, as well as respecting Composer's built-in autoloading for libraries. This means in most cases, you don't need to worry about include paths or require() calls in your own code - after adding a new class, simply regenerate the manifest by using a flush=1 query parameter. See the "Manifests" documentation for details.